Best African Films Of All Time

Over the years, the African movie industry has grown in leaps and bounds, with high-quality movies now being regularly produced in the continent, with some even rivalling the more established Bollywood and Hollywood industries. The West African region, Nigeria in particular, already has a robust movie industry, which is popularly known as Nollywood. More than 200 movies are annually produced in Nollywood, and an even greater number of actors and actresses earn their living making these movies.

While the Nollywood industry has seen great success, other regions such as Southern Africa, Northern Africa, and East Africa have also produced quality and internationally recognized movies over the years. In the past, moviemakers in Africa were restricted in terms of access to technology and the internet, which greatly derailed the movie quality and content. This meant that not too many people were invested in watching these earlier African films. However, with increasing global exposure and economic growth, new technologies have been embraced, allowing moviemakers to show a livelier Africa. This article provides commentary on some of the best African movies of all time.

Also known as Bab el Hadid or The Iron Gate, Cairo Station tells the story of Qinawi, a physically challenged newspaper vendor in the Caro train station who becomes obsessed with Hannuma, an attractive cold drink vendor. However, she is engaged to Abu Siri, a luggage porter in the station who strives to organize a union among his co-workers. Undeterred, Qinawi proposes to Hannuma, and when she turns him down, he plots to kill her. However, his plans do not pan out and he ends up stabbing another woman, mistaking her for Hannuma. She survives and identifies Qinawi as her assailant, leading to his arrest.

A noir psycho-thriller, the film was a success since it was a welcome departure by the director Youssef Chahine from box friendly fight scene movies he had become known for. The final scene of the movie is etched into the memory of audiences as a classic moment, owing to the epic plot twist. Definitely a must-watch.

Set in 1961 at the beginning of the Angolan War of Independence, the film follows the story of Domingos Xavier, an Angolan revolutionary who is arrested by Portuguese colonial officials and imprisoned in an infamous prison in Sambizanga where prisoners were tortured and killed. While imprisoned, Xavier is tortured for refusing to give up the names of his fellow rebels. Maria, Xavier’s wife, unaware of the prison her husband is being detained in, goes from one jail to another in hopes of finding Xavier.

Sambizanga was widely successful since it portrayed the actual happenings in Angola in 1961. The film was directed by Sarah Maldoror, who had a personal connection to the story; her husband was the leader of an anti-colonial political movement known as Popular Movement for the Liberation of Angola (MPLA). The film struck a chord with audiences due to its political significance and accurate portrayal of the struggles faced by Angolan militants at the time.

Chronicles of the Year of Embers (Algeria, 1975) 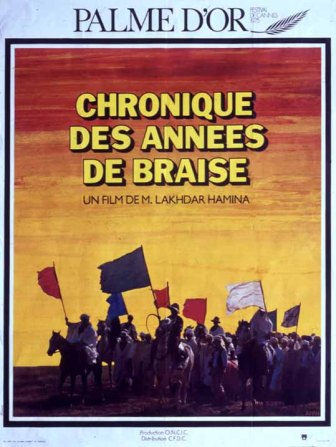 The film follows a peasant, Ahmed, as he migrates from his village which is afflicted by drought. Set in the late 1930s, Ahmed is drafted to fight alongside the Allied forces in the Second World War. He eventually returns home, where the French colonial rule has fully taken control of his country. He joins the Algerian Resistance Movement, rebels of the French rule. Though he dies, his son continues the fight, with the film ending as Algerian War of Independence, is officially declared.

The film is groundbreaking for its depiction of the struggle against the anti-colonial rule, the hardships that were endured by Algerians during this period and the resulting armed revolution. This outstanding film won the Palme d’Or prize at the 1975 Cannes Film Festival, the only Algerian film to do so. It resonated with audiences for its representation of the political awakening of Algerian people, and their fight against oppression. 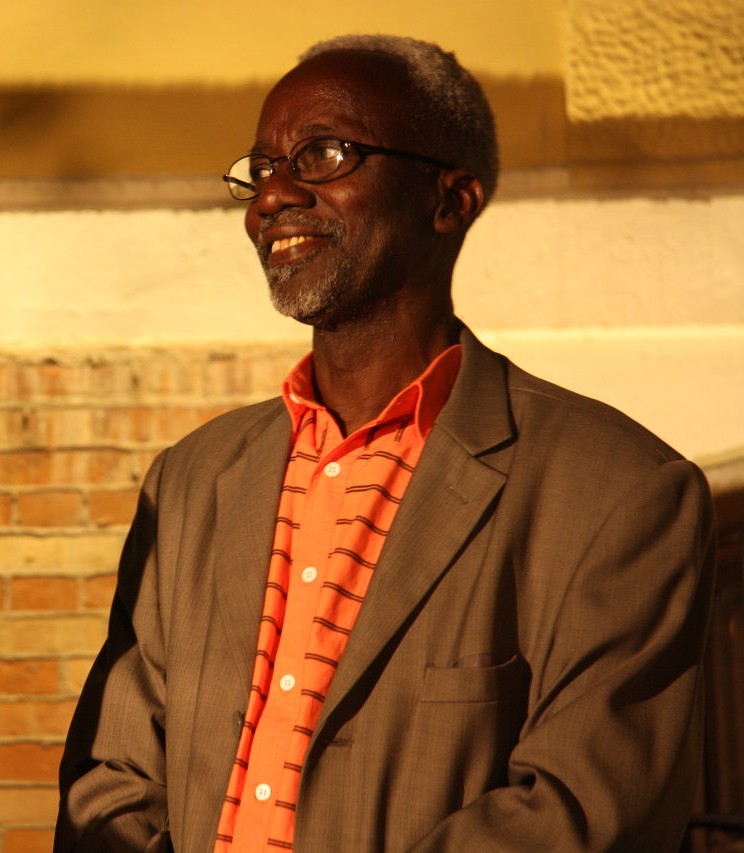 Batrou, the daughter of a Malian provincial governor, falls in love with Bah, a descendant of a great tribal chieftain. Batrou and Bahare students, and they eventually become involved in a protest against the oppressive the government. Another story follows the modern household where Batrou is raised. Sangare, the patriarch has three wives. Domestic quarrels are plenty among the wives as well as between Batrou and her father. Kansaye, Bah’s grandfather is the head of a relative traditionalist family.

Overthrown by Sangare, his relationship with the governor is tense. Directed by Souleymane Cisse, the film was successful in portraying how the African culture, was slowly integrating the modernity of the Western culture, and his urgent concern for societal issues. Audiences were intrigued by the representation of familial conflict as well as the familiar story of a younger generation refusing to conform to the established order of the society in which they live. 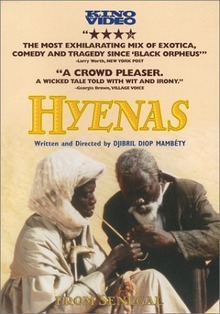 This Senegalese adaptation of a Swiss-German satirical play follows Linguere Ramatou, a woman who returns to her village three decades after leaving in disgrace. Colobane, her former village, is destitute on her return, having fallen on hard times. Linguere, on the other hand, has accumulated a vast amount of wealth, and is triumphantly welcomed back, with the townspeople hopeful that she will end their woes. Linguere has plans of her own, intending to exact revenge on Dramaan Drameh, a local shopkeeper who impregnated and abandoned her when she was 16, leaving her embittered.

During the welcome-home banquet thrown in her honor, Linguere propositions the town to kill Dramaan in exchange for a generous donation. The film was successful in its adaptation of a foreign play, not only effectively changing the locale, but also giving the story a new political angle. The film resonated with its audience due to its dramatic grimness inflected wit and irony.

The film tells a vivid story of the death of a Catholic political activist and a Muslim and the confusion that ensues when the Islamic villagers unknowingly claim the body of the Catholic, instead of the Muslim’s, and bury him. Pierre Thioune, the dead Catholic man, is nicknamed “Guelwaar” or “the noble one” for his accomplishments as a community leader. When his family discovers that his body is missing from the morgue, an intriguing tale follows, which leads them to the discovery that Pierre’s body has been buried in a Muslim cemetery by mistake. The mishap brings to light the profound hatred between Christians and Muslims. The success of the film came from its critical examination of African religion, depicting the tensions between Muslims and Christians, incorporating the role of politics and colonialism at the same time. Guelwaar was a hit with audiences since it was based on a true story and the charming way it told a straightforward story. 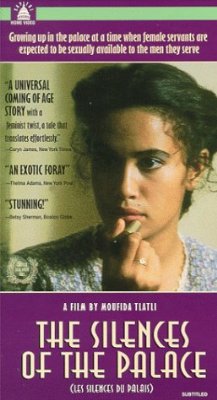 Co-written and directed by Moufida Tlatli, the film is set in 1950s Tunisia, and follows the story of Alia, a 25-year-old woman, as she returns to her place of birth, a royal palace where she lived with her mother, 10 years after fleeing. Her mother, Khedija, worked as a house servant and mistress to the prince. Her return to pay respects to the now deceased prince results in a series of vivid flashbacks to her childhood at the palace.

Through the repressed memories, she pieces together the plight of her mother, who was sexually exploited in an environment ordered by gender and class difference, and her desire for Alia not to fall into the vicious cycle of servitude. Alia is at the brink of having an abortion, the latest in a series at the directive of her boyfriend. Her time at the castle forces her to reconsider this decision. The movie was successful due to the delicate manner in which it examined parallels between women and bondage, both literally and figuratively. It resonated with audiences because of its coming-of-age and feminist themes.

This drama retells the 13th-century epic, Sundjata by Sundjata Keita. The story unfolds through narration by Djeliba Kouyate, an elderly griot, who intends to inform Mabo Keita, a 13-year-old boy who is distantly related to Sundjata Keita, the origin of his name. Mabo is from a middle-class family in Ouagadougou. The griot tells a detailed story, beginning with the Mandeng creation myth, proceeding to tell Mabo how his family is descended from buffaloes, and how the rots of people originate from deep in the earth.

The film is inundated with flashbacks to the ancient times, showing the life of Sundjata Keita. The success of the film came from its ability to show the importance of incorporating African tradition in education, a factor which is often neglected in favor of Western education. The film was warmly received by audiences due to its capability to effortlessly integrate modern and ancient storylines.

Waiting for Happiness, or Heremakono follows multiple main characters in the small Mauritanian town of Nouadhibou. Abdalla is a student who has returned to Nouadhibou to visit his mother. An outsider, Abdallah struggles to speak Hassaniya, his native Arabic dialect, and dresses in European clothing, as opposed to the traditional robes worn by other men in the village.

Maata is an electrician who works with Khatra, his child apprentice. Abdallah’s mother asks Maata to install electric light in Abdallah’s room in an effort to uplift his spirits. The local Bidhan women are constantly engaged in gossip, often drinking tea. The success of the film comes from the in-depth exploration of themes of social divisions in a community, alienation, rootlessness and local culture. The film was positively received by audiences, given the realistic way it depicted emigration, with the most compelling scene being a drowned body of an emigrant washed ashore, which was discovered by West African migrants. 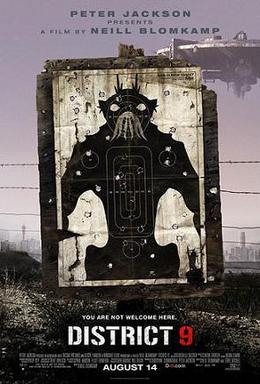 An extraterrestrial spaceship with a million aliens arrives in Johannesburg in 1982 to seek refuge from a dying planet. The South African government relocates them to an area called District 9, where the aliens are under the management of Multi-National United (MNU), which is primarily interested in mastering the advanced technology of the aliens. When Wikus, the son-in-law of an MNU executive accidentally sprays himself with alien fuel that is in possession of 3 aliens, he begins to mutate into an alien.

Wikus takes refuge in District 9, where he finds Christopher, one of the 3 aliens, who informs him that in order for his mutation to be reversed, he needed to return to his home planet. They work together to expose the brutal experiments that MNU have been conducting and in the end, Christopher and his son succeed in leaving earth. The remaining aliens are moved to a new camp, and Wikus is shown to be a fully mutated alien. The film was successful due to its stunningly realistic CGI and the found footage style in which it was short. The film was well received by audiences, owing to the well-executed action sequences and depiction of aliens, as well as its exploration of themes such as social segregation and xenophobia.
Prev PostNext Post
Sign in
Sign in